We would like to give a special thank you to those who contributed to our Celebrity Chef Fundraiser on December 8th, 2019. Please enjoy some of the photos we've captured from the event and be on the look-out for our future events! 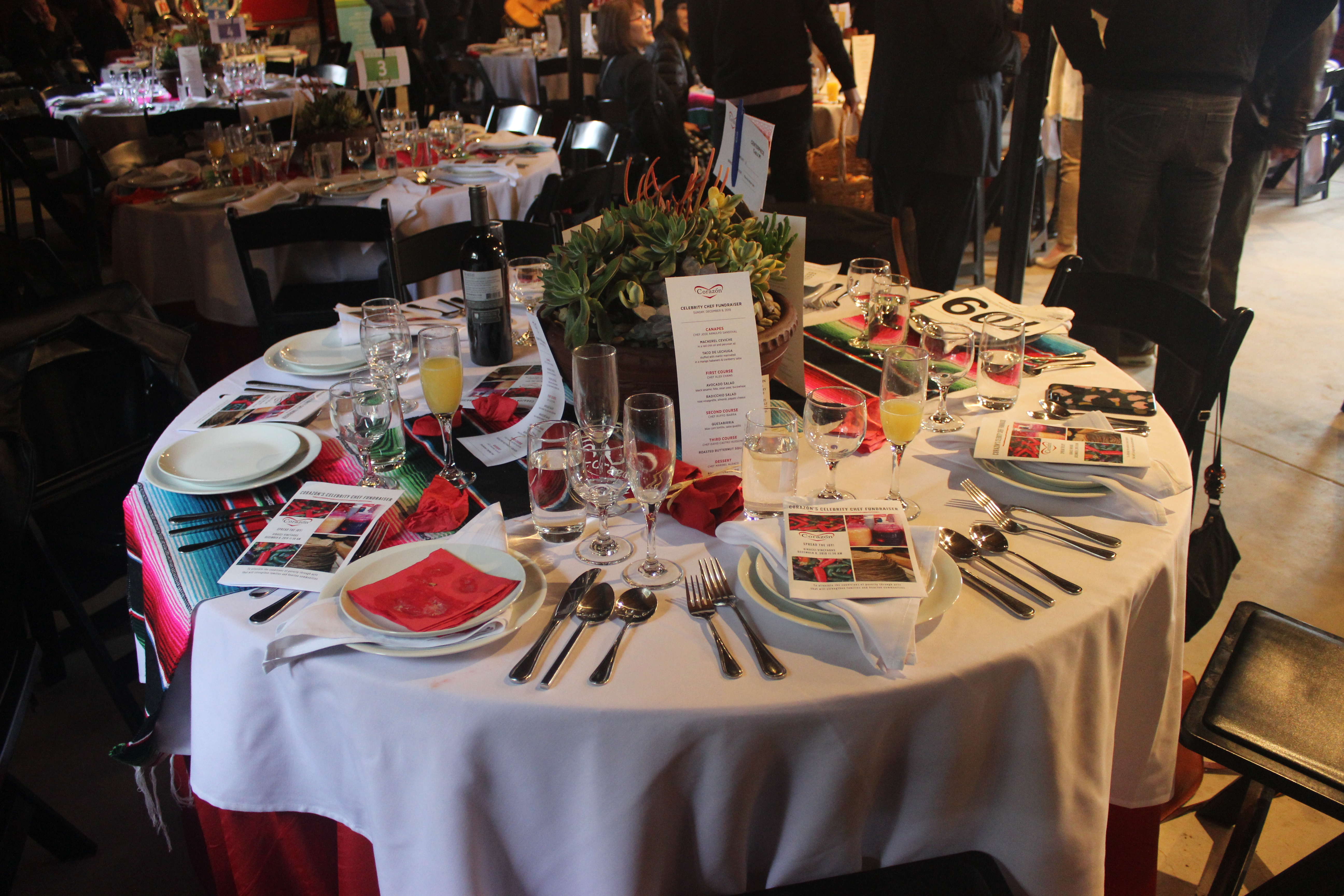 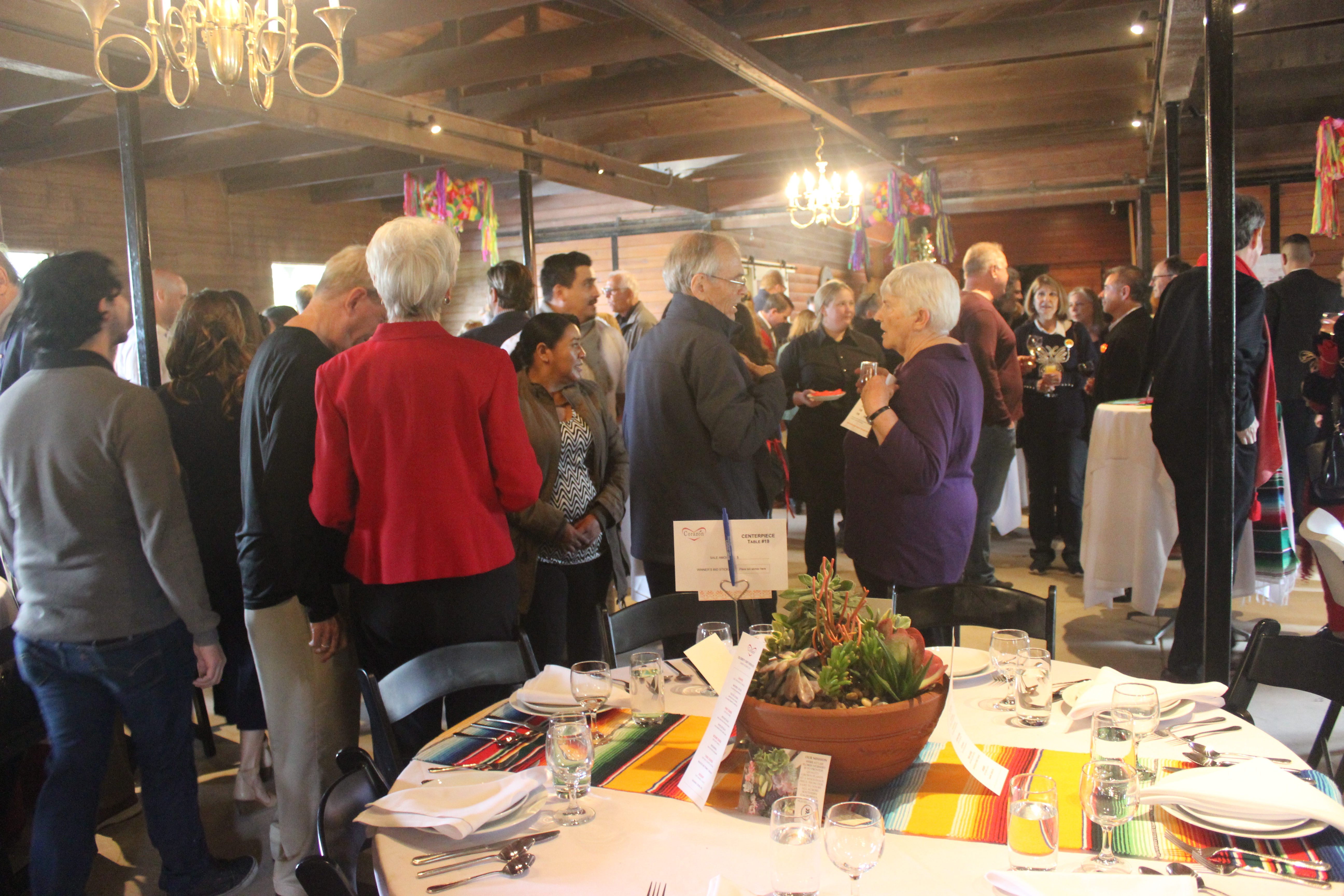 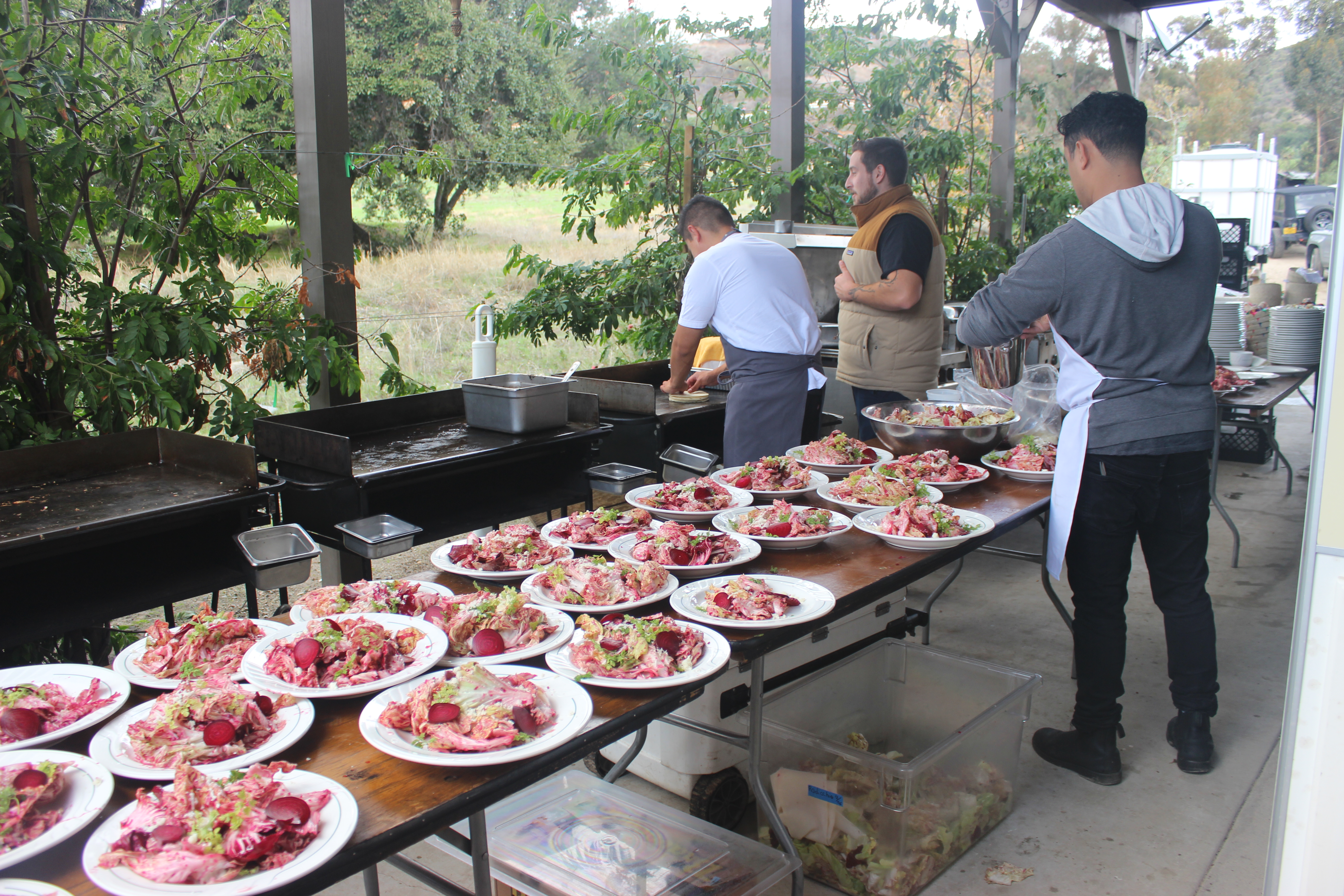 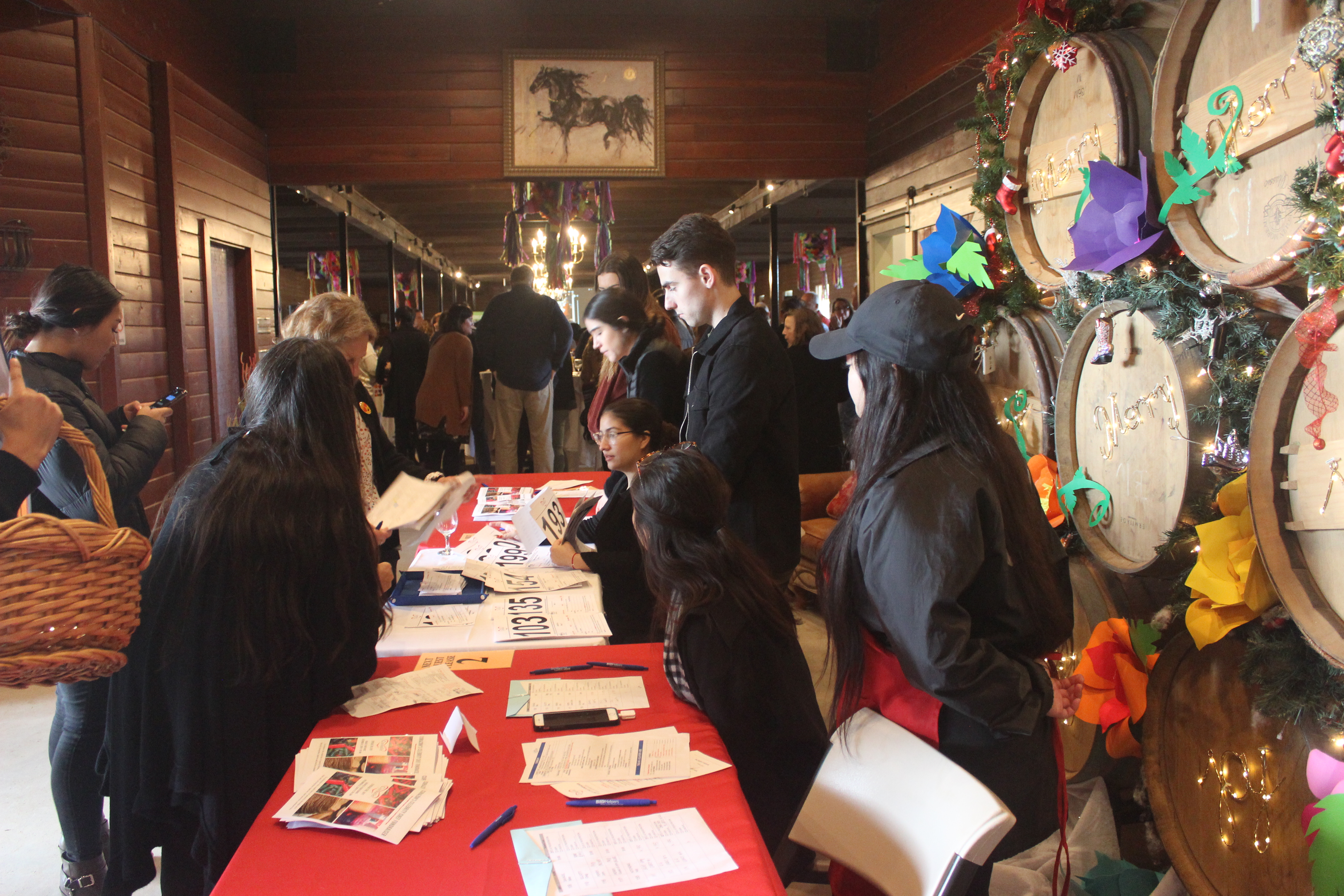 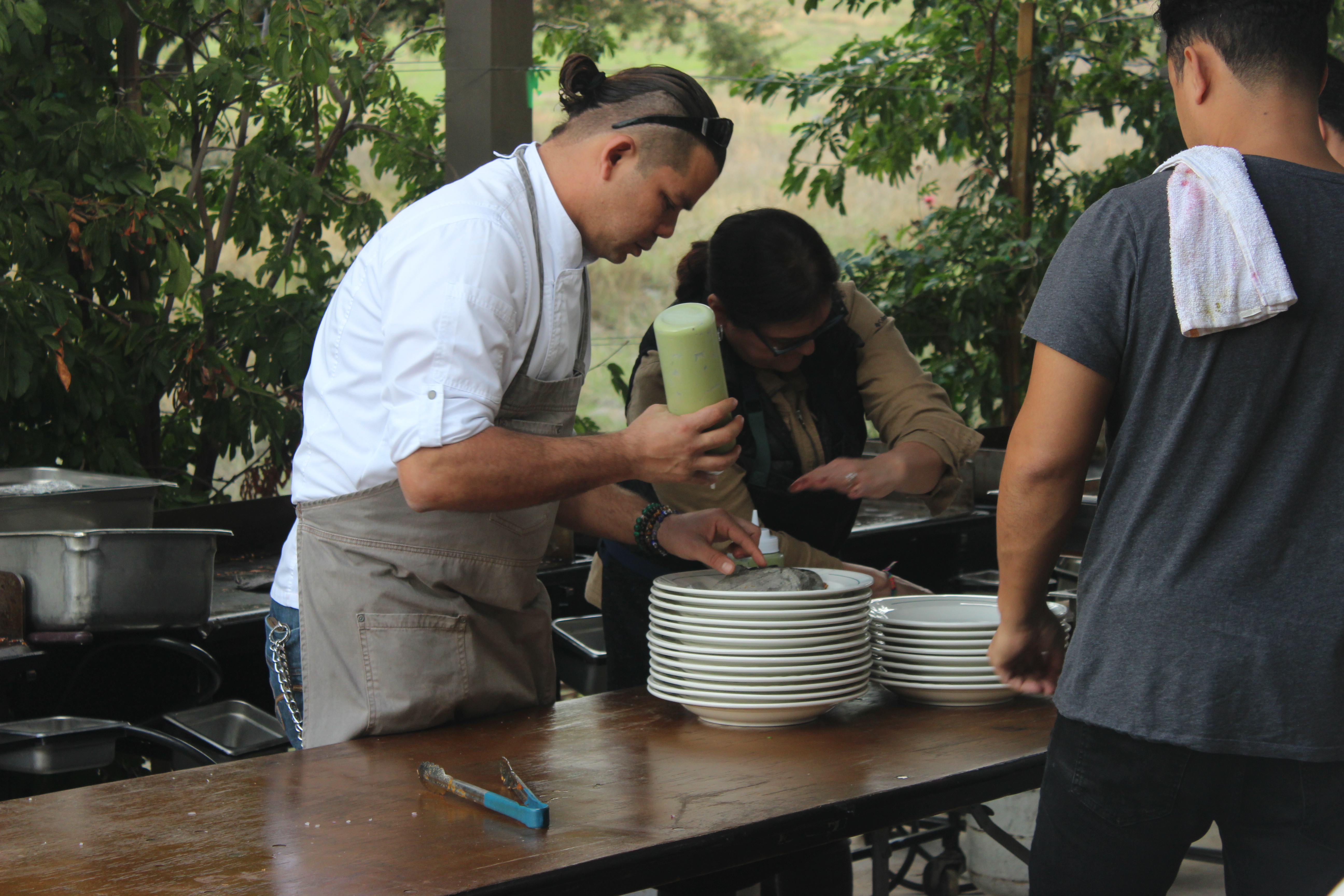 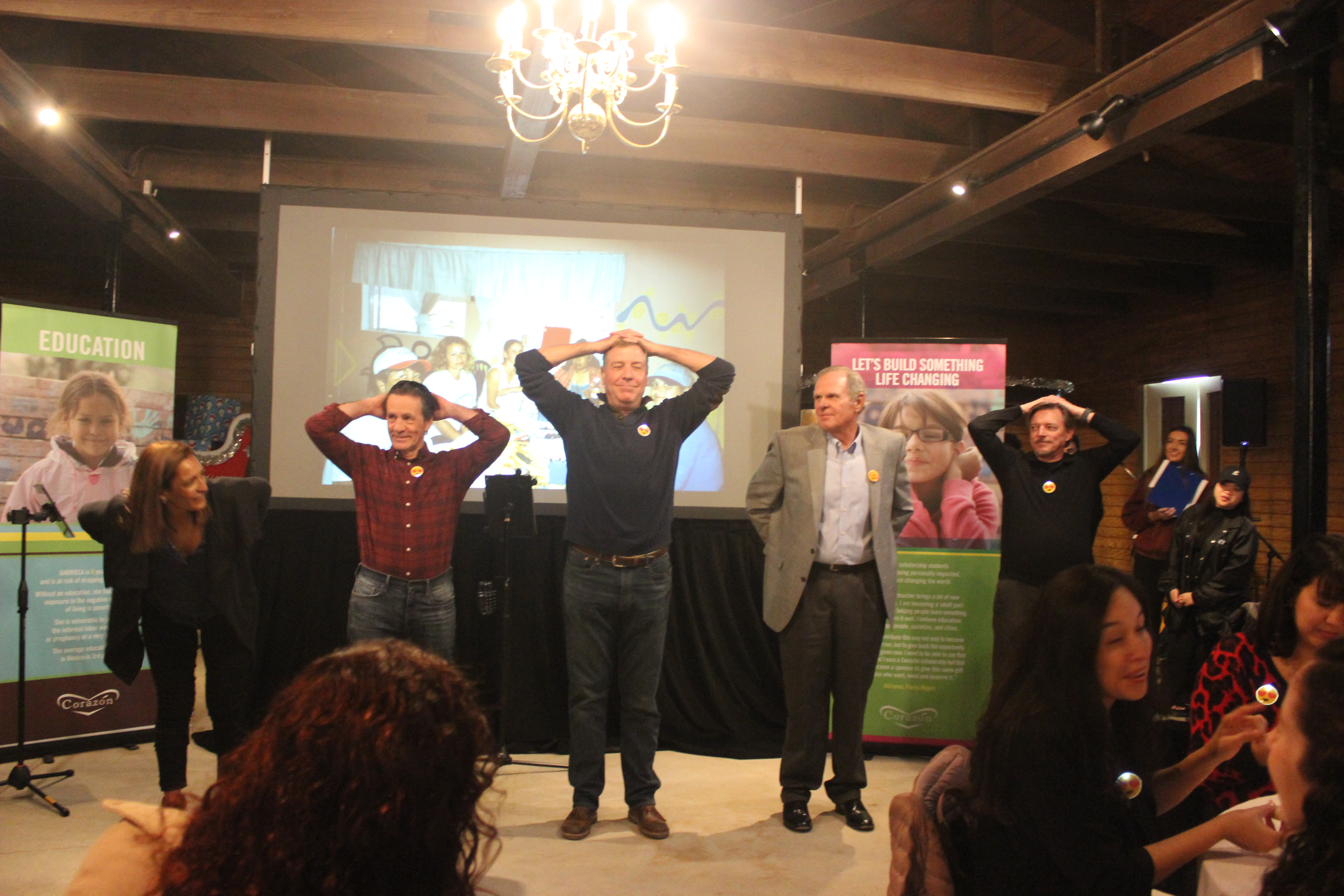 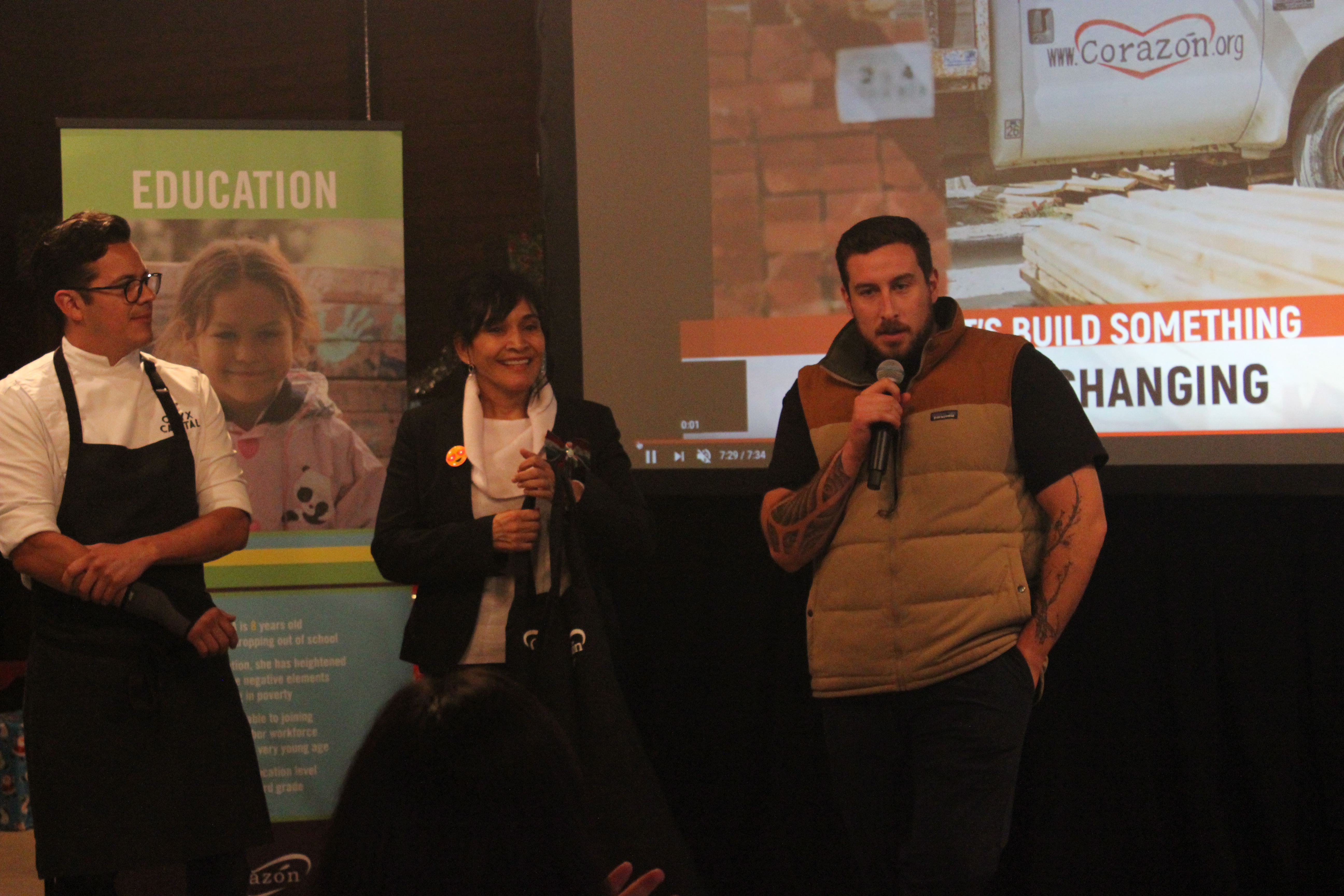 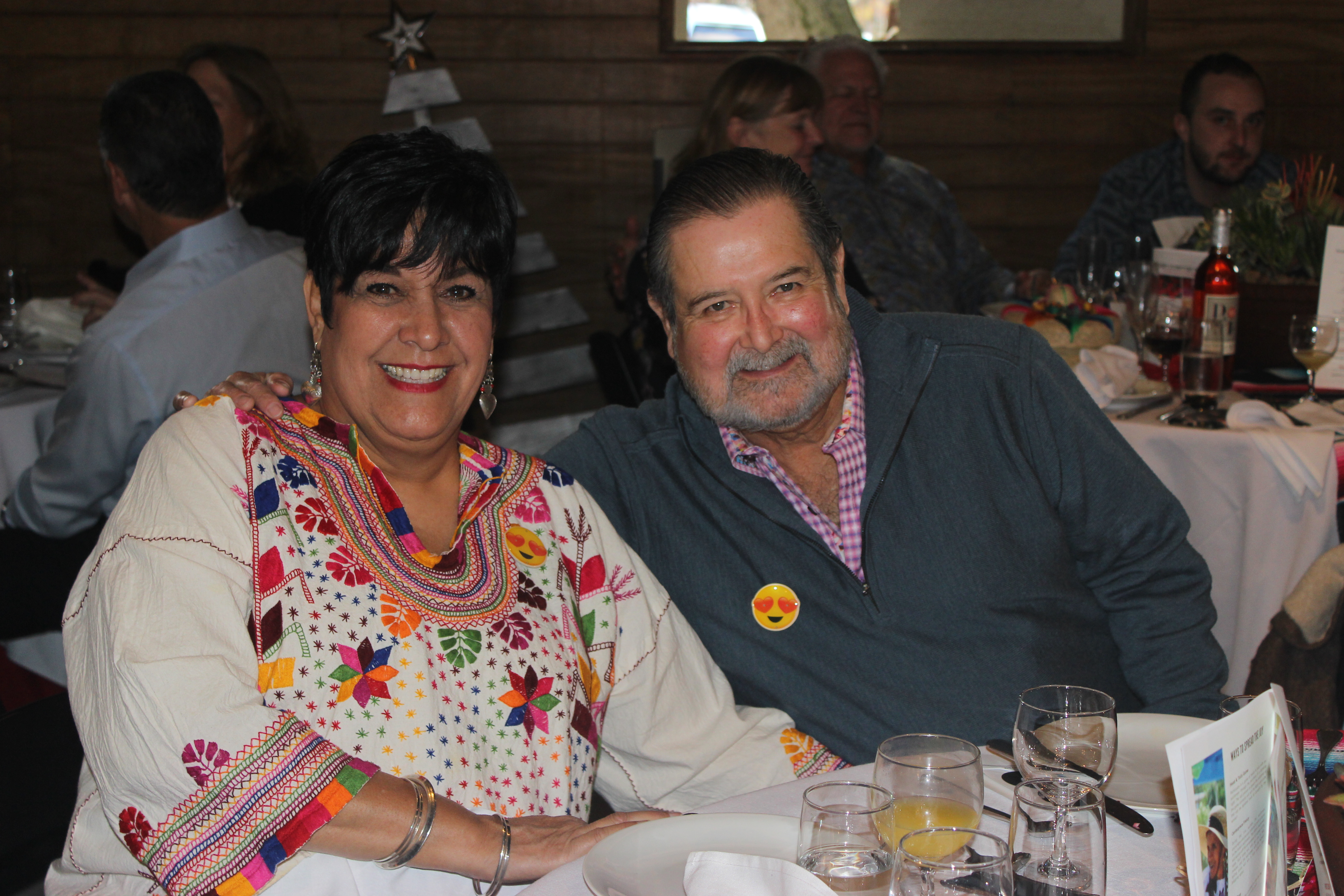 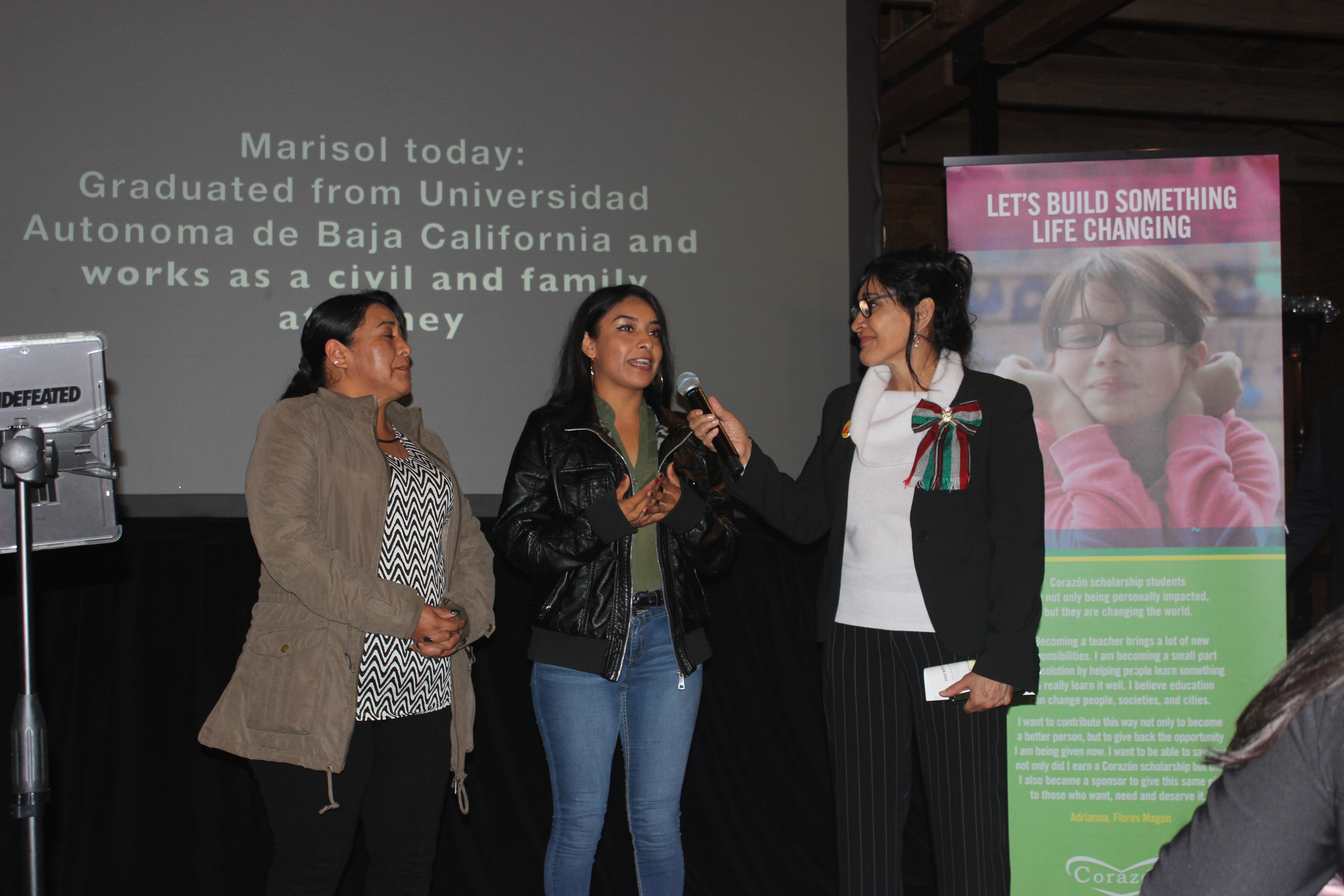 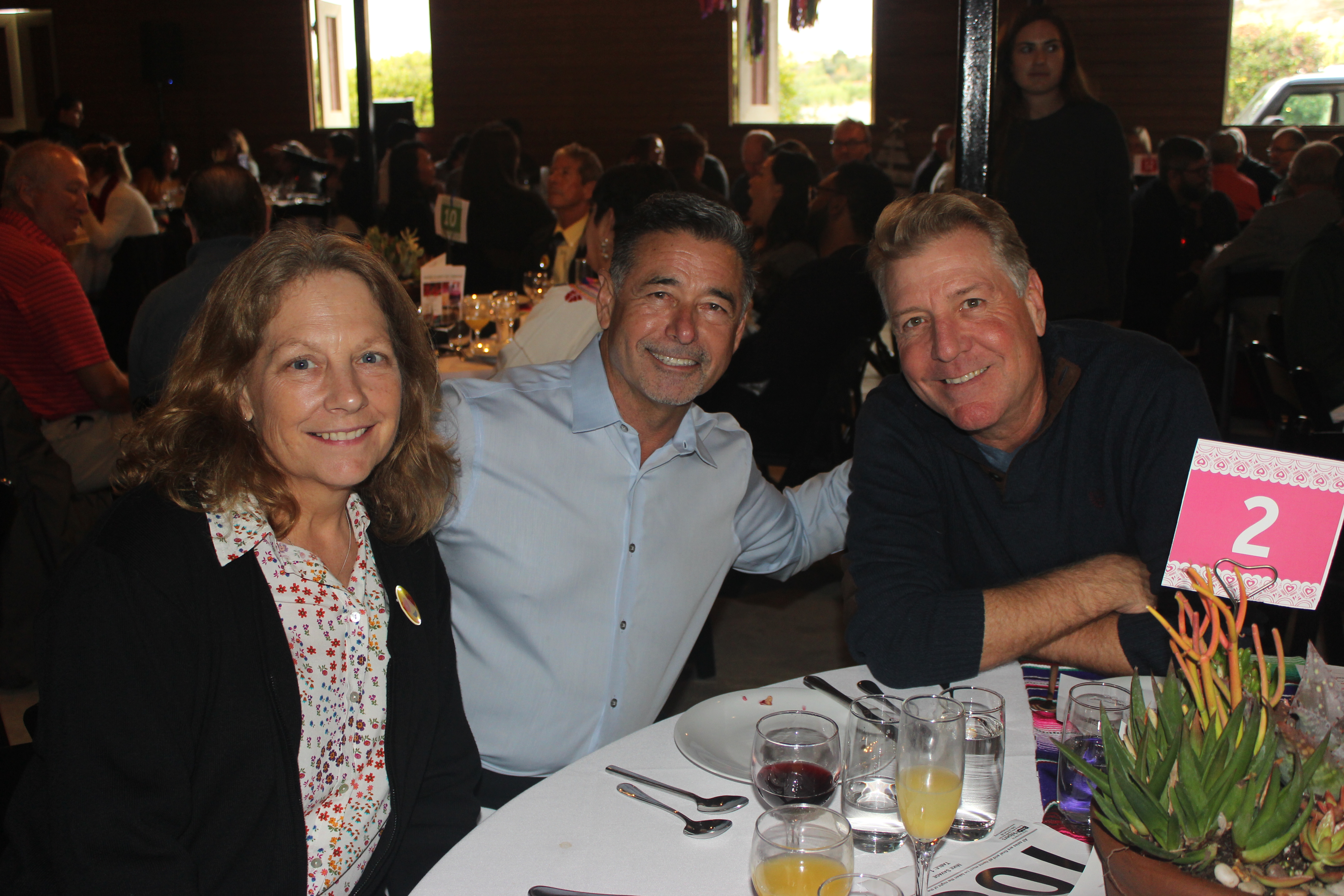 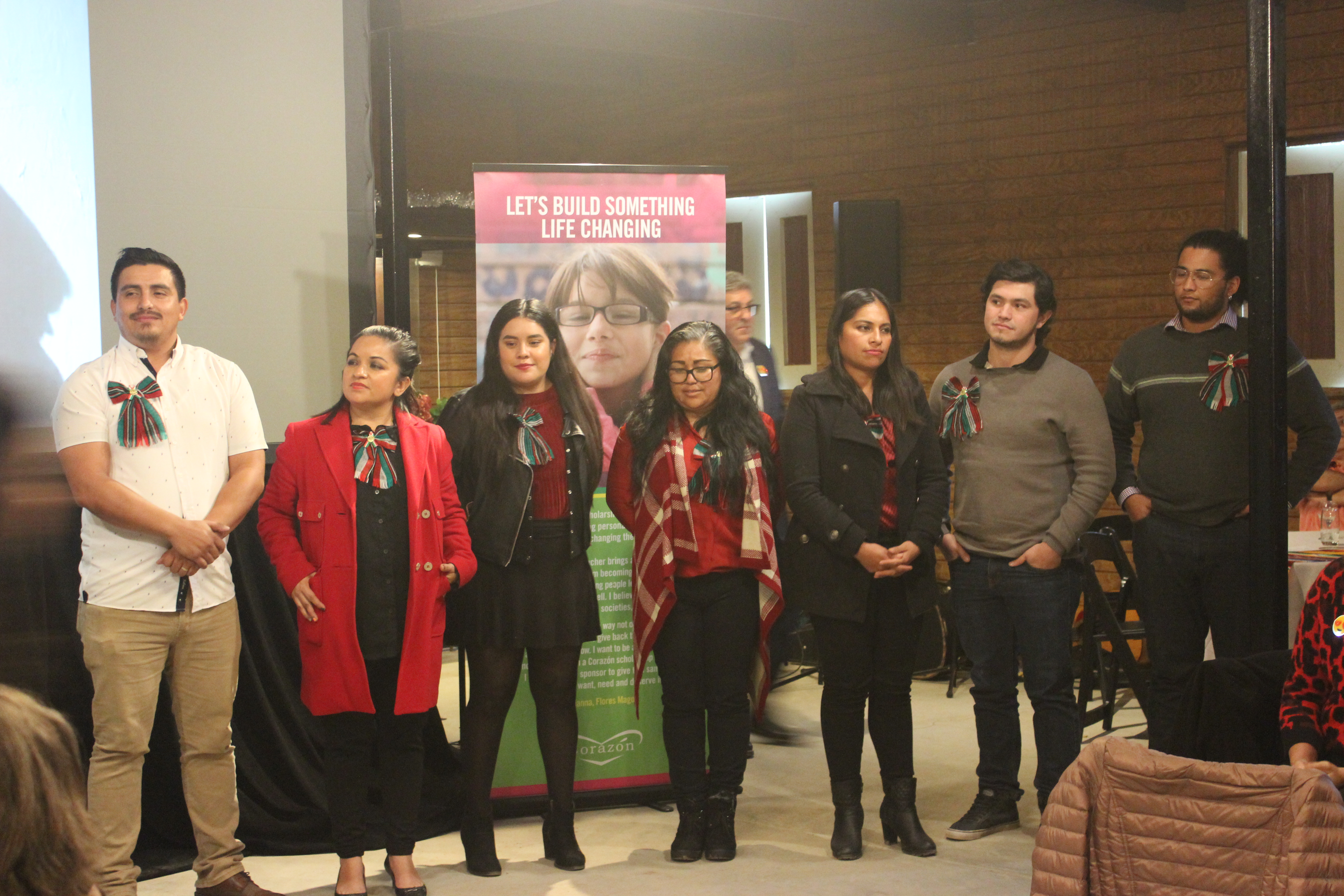 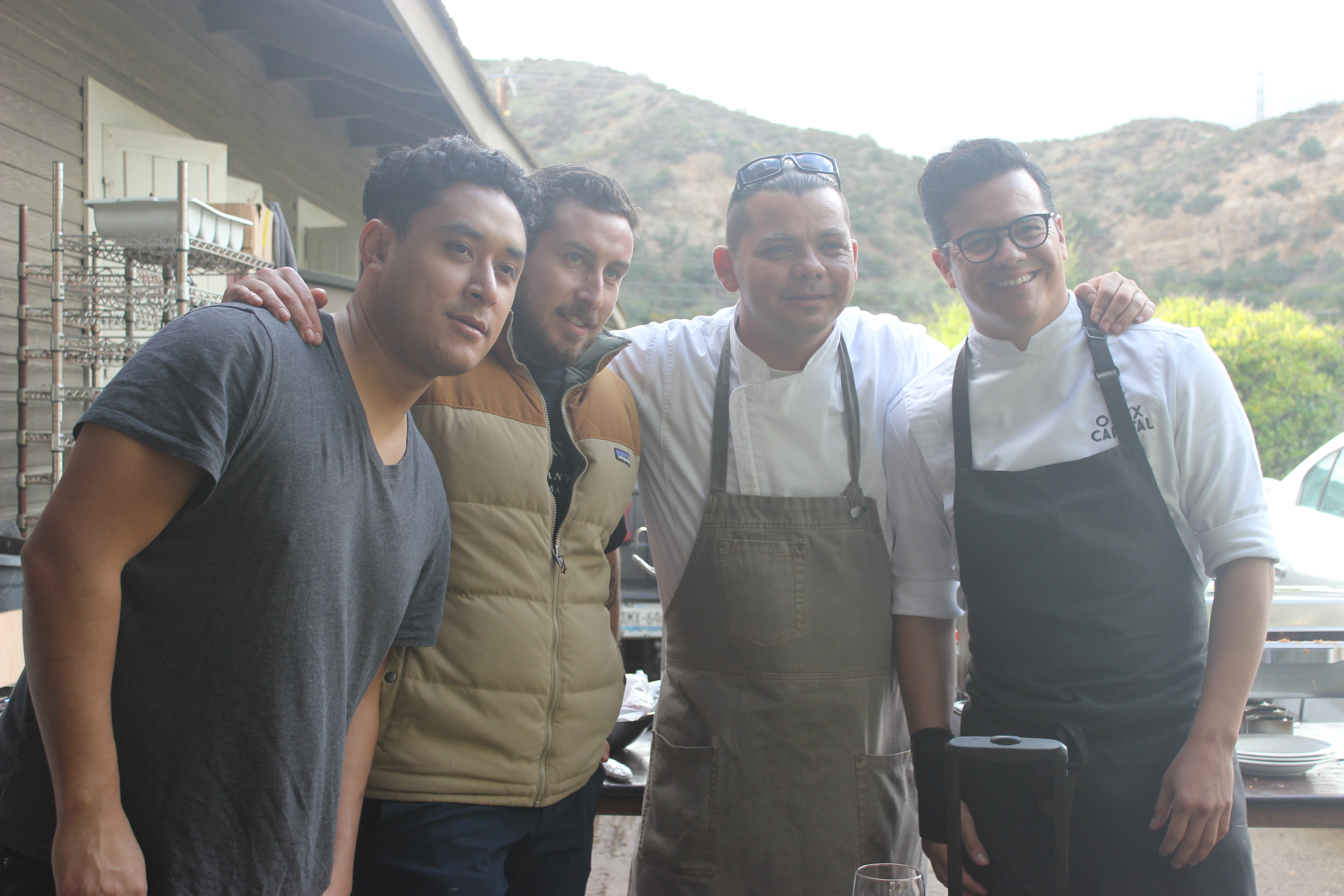 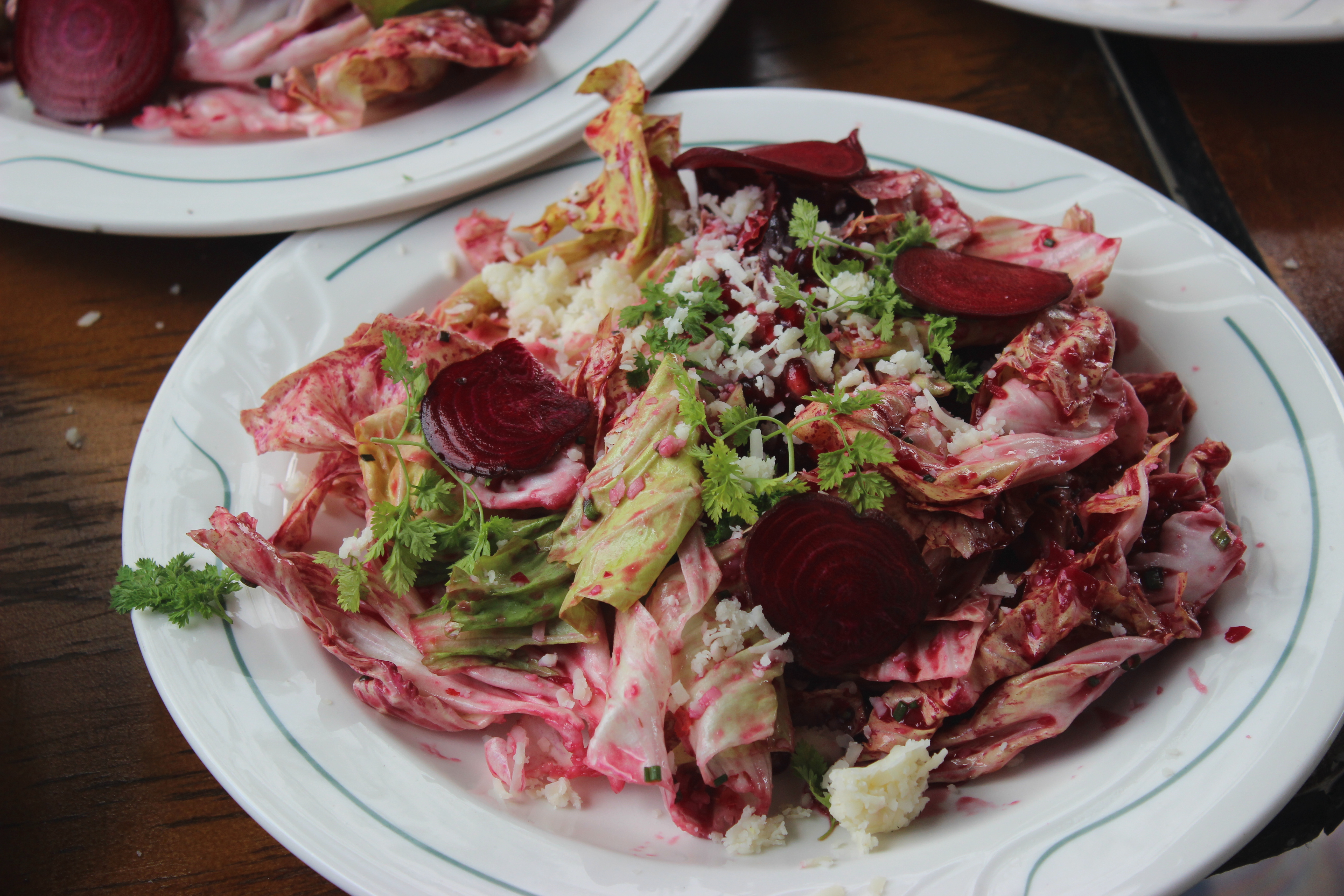 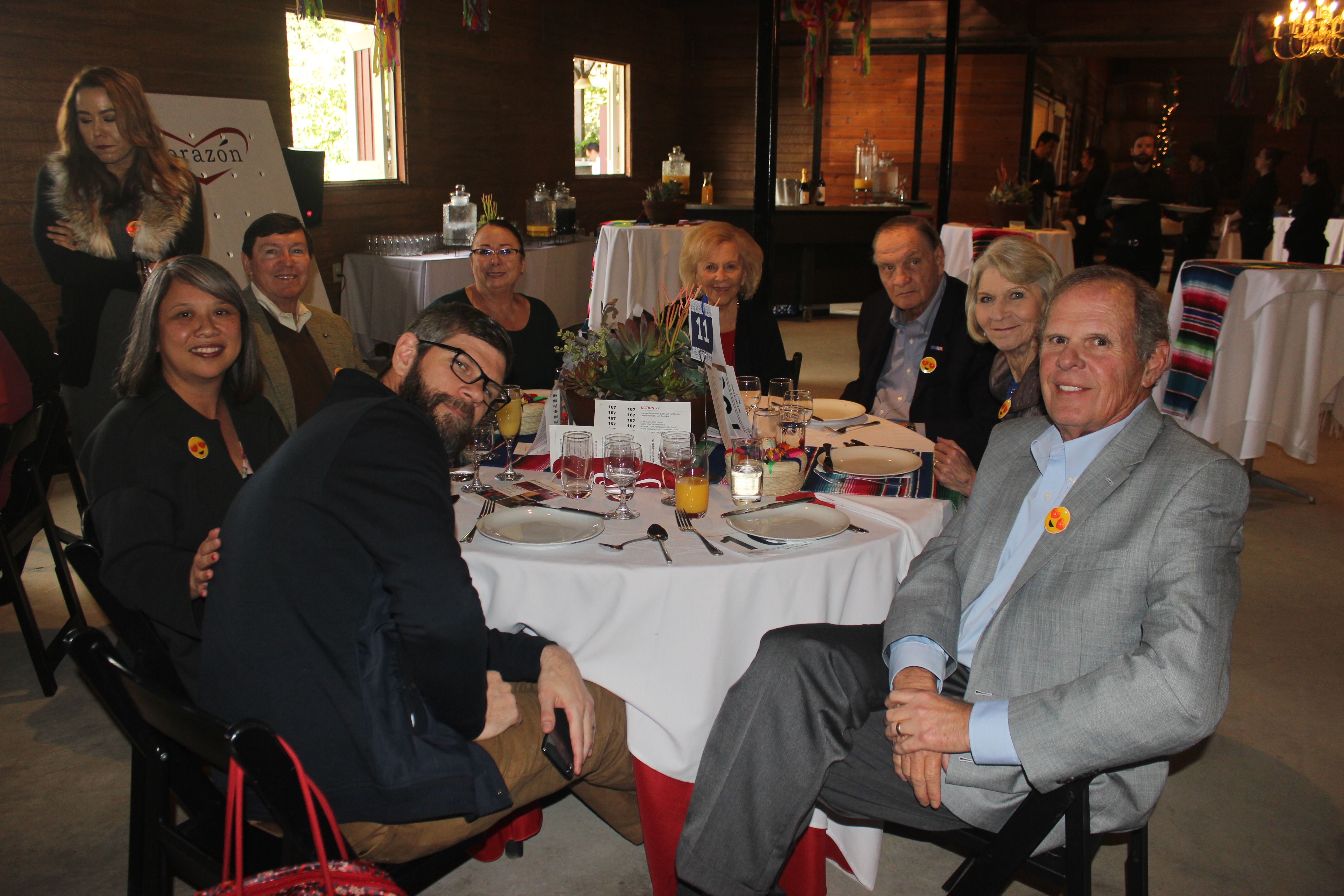 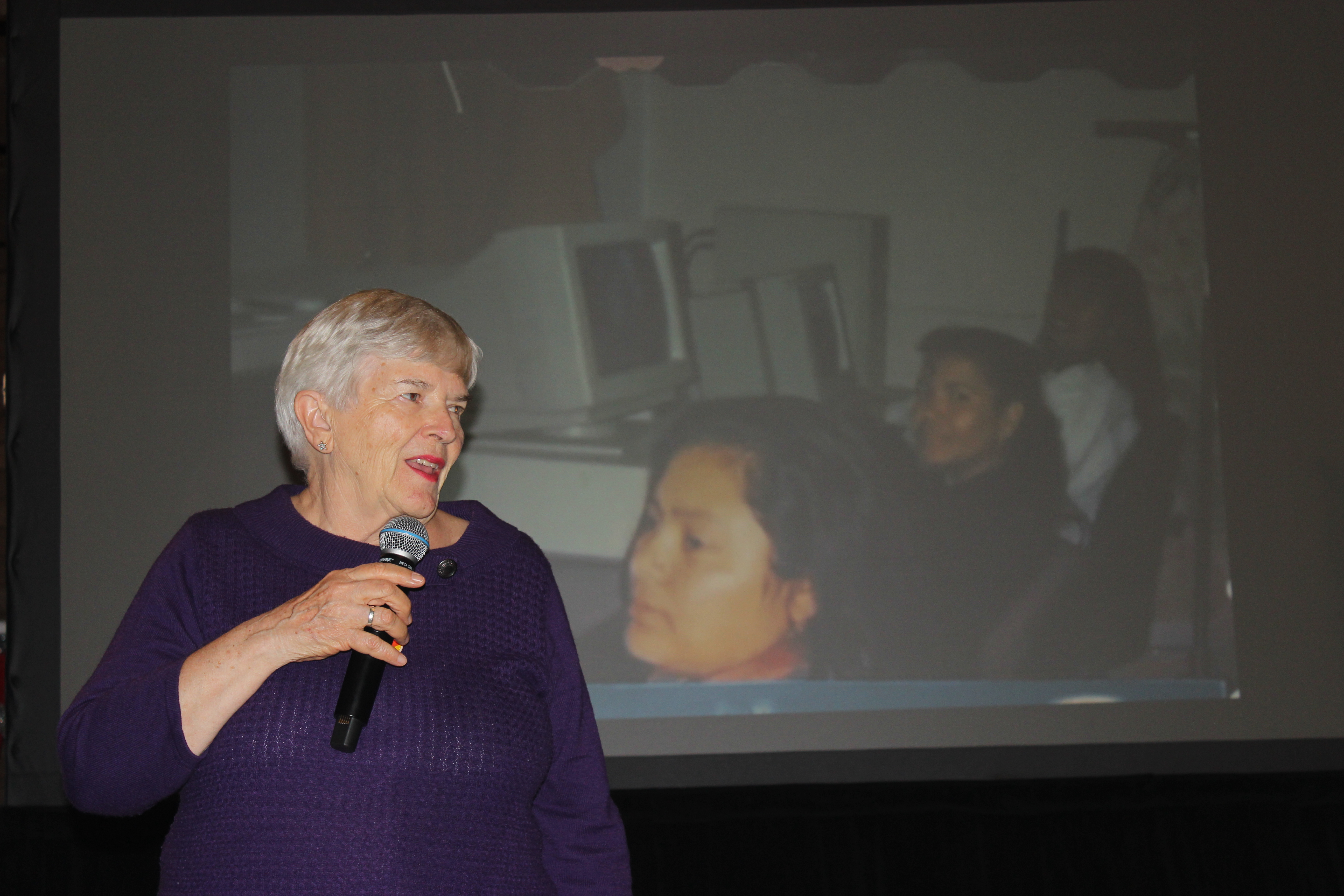 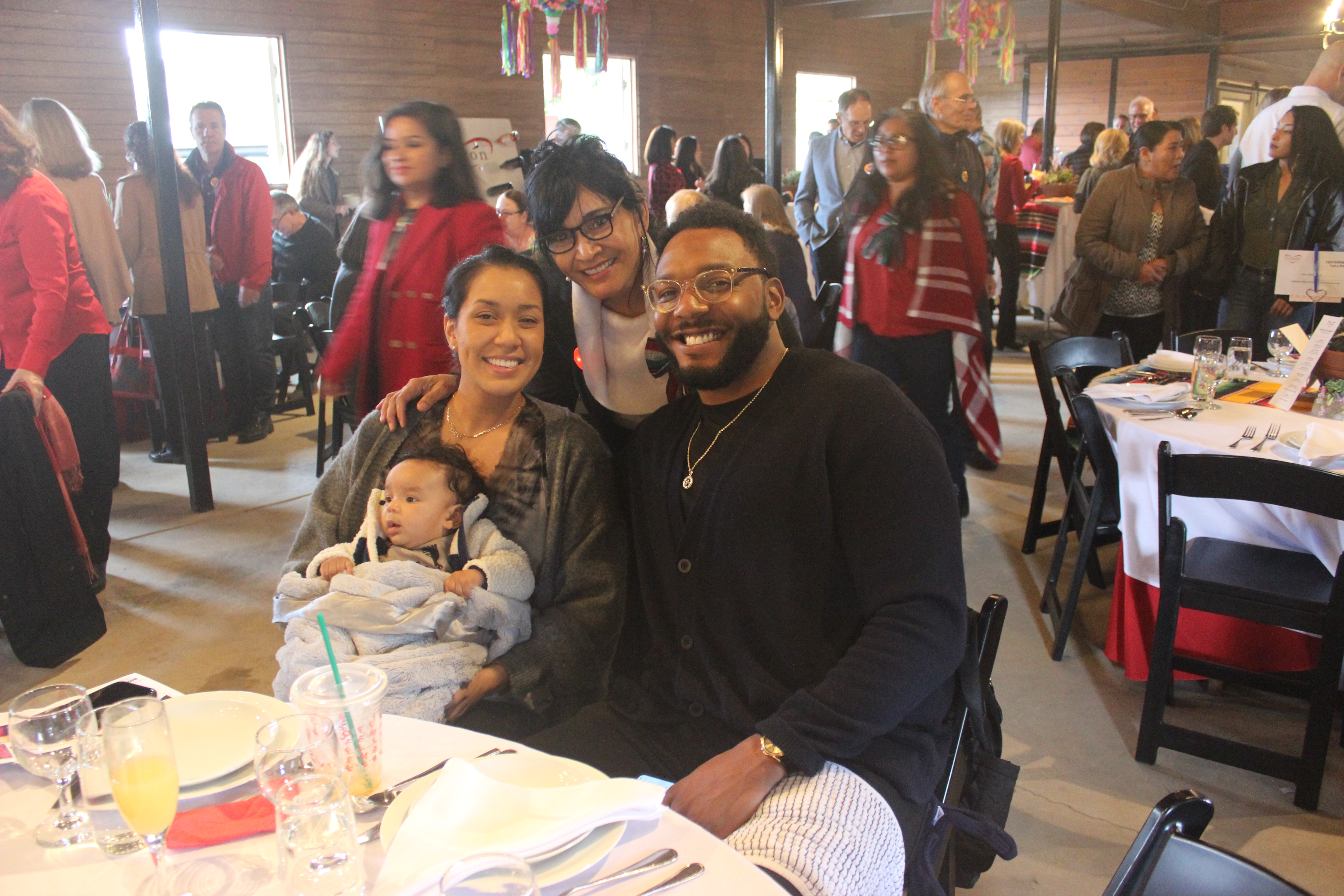 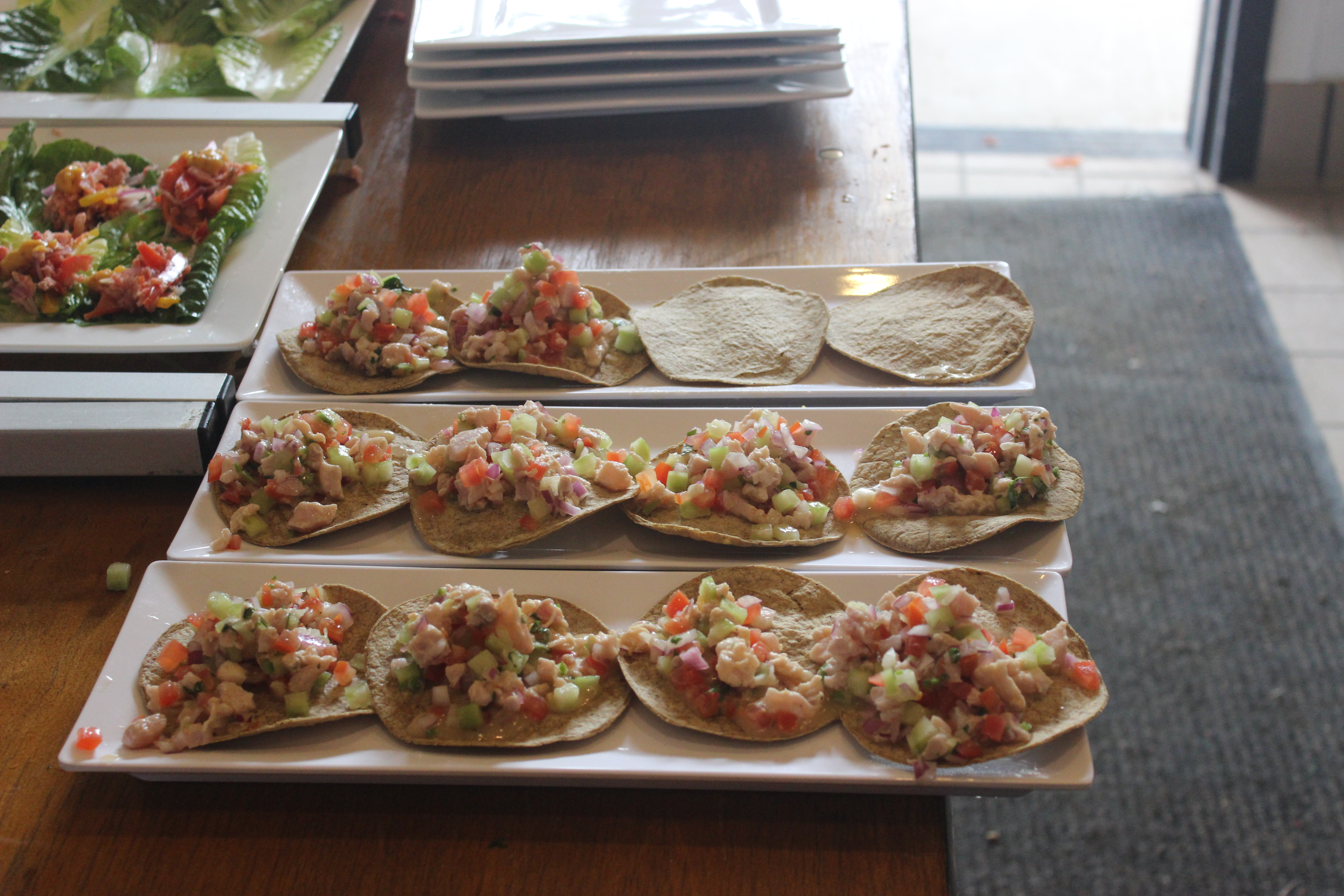 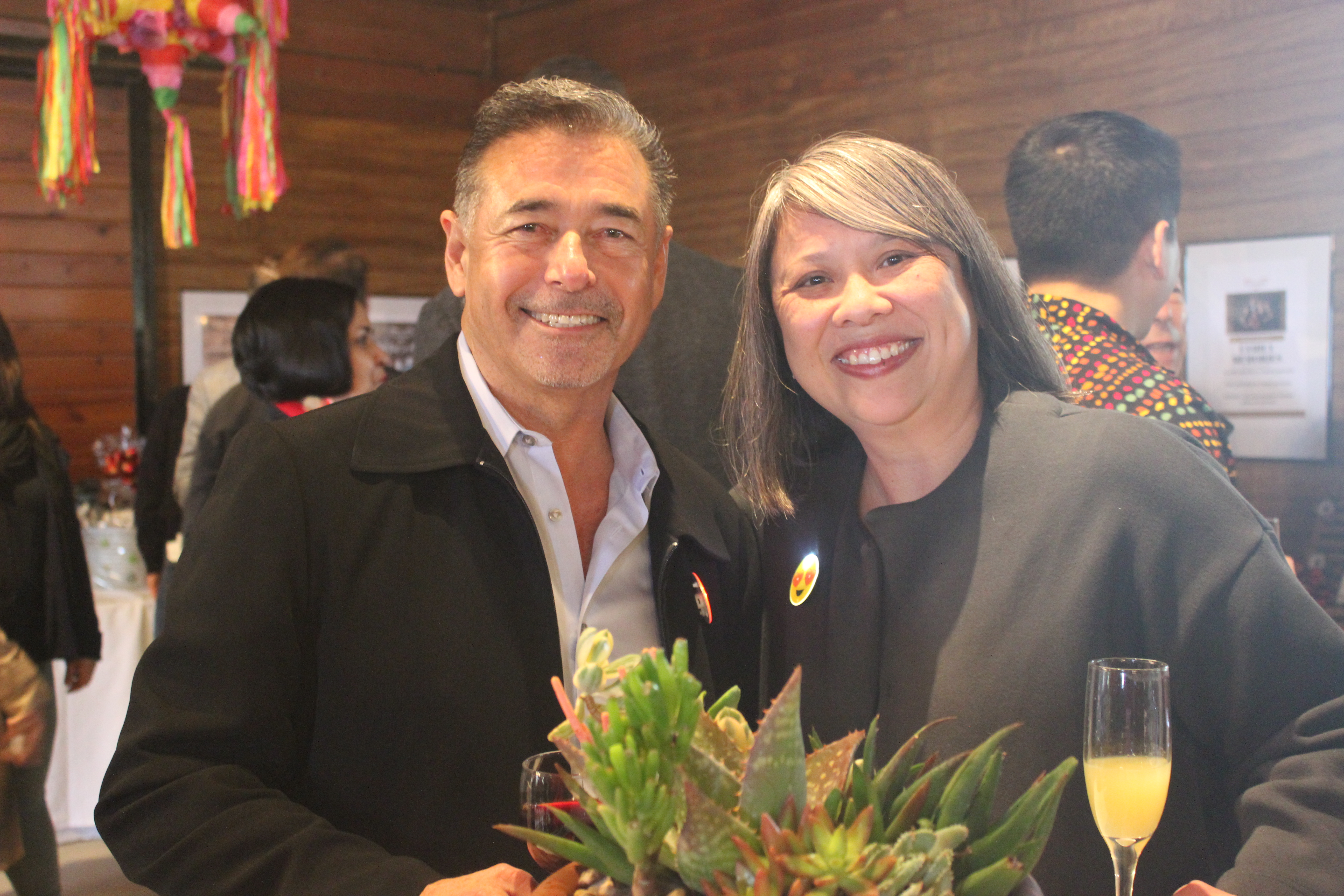 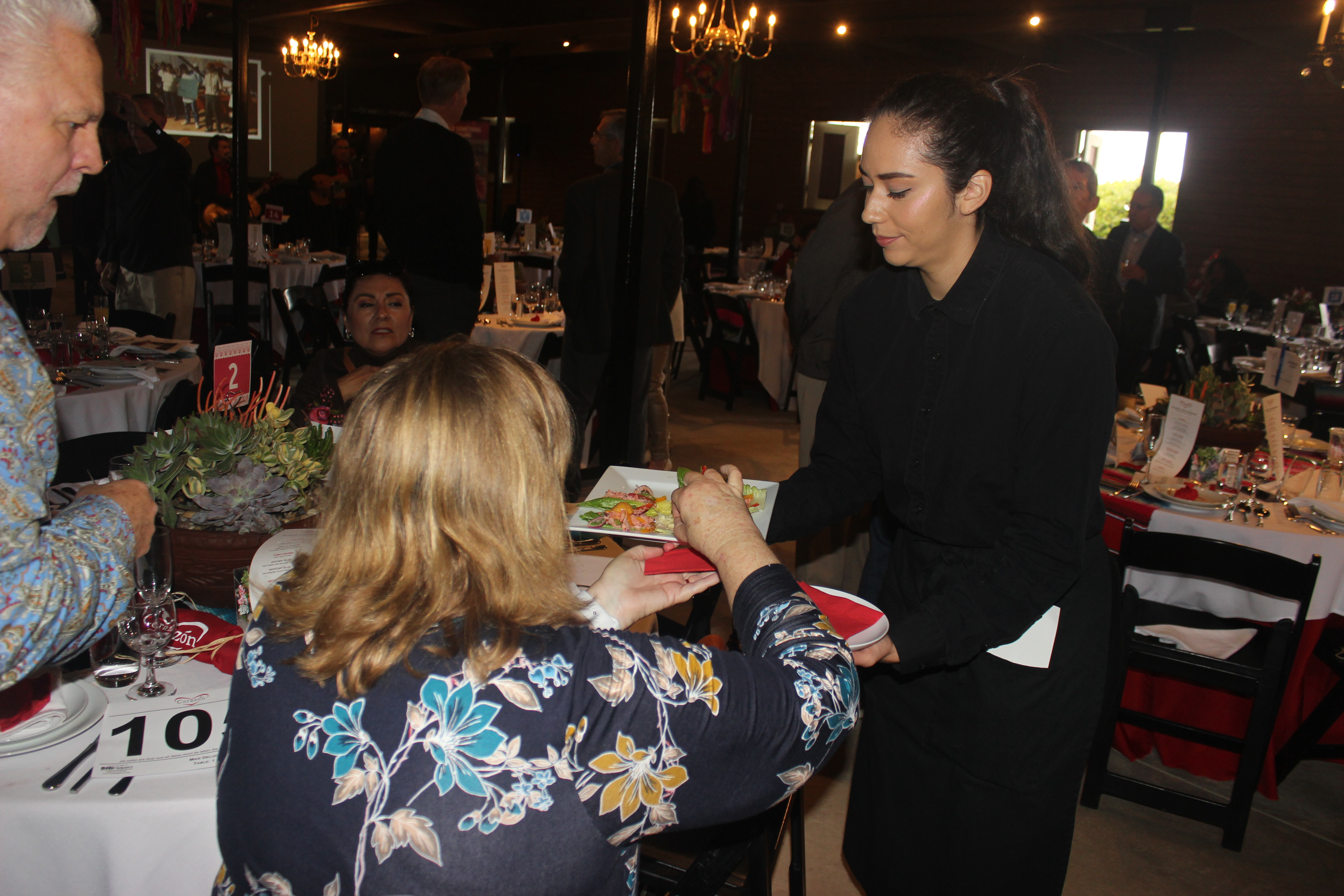 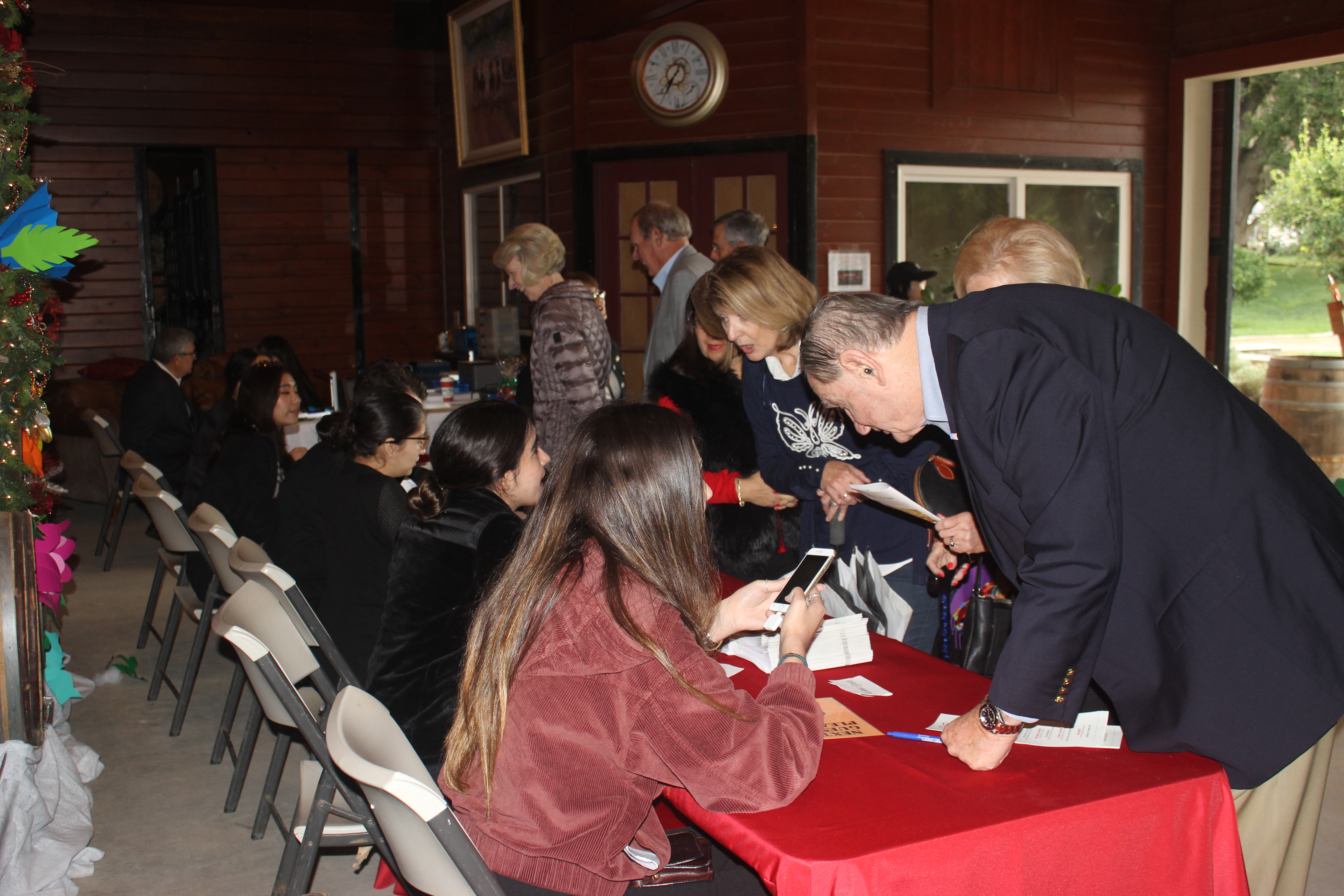 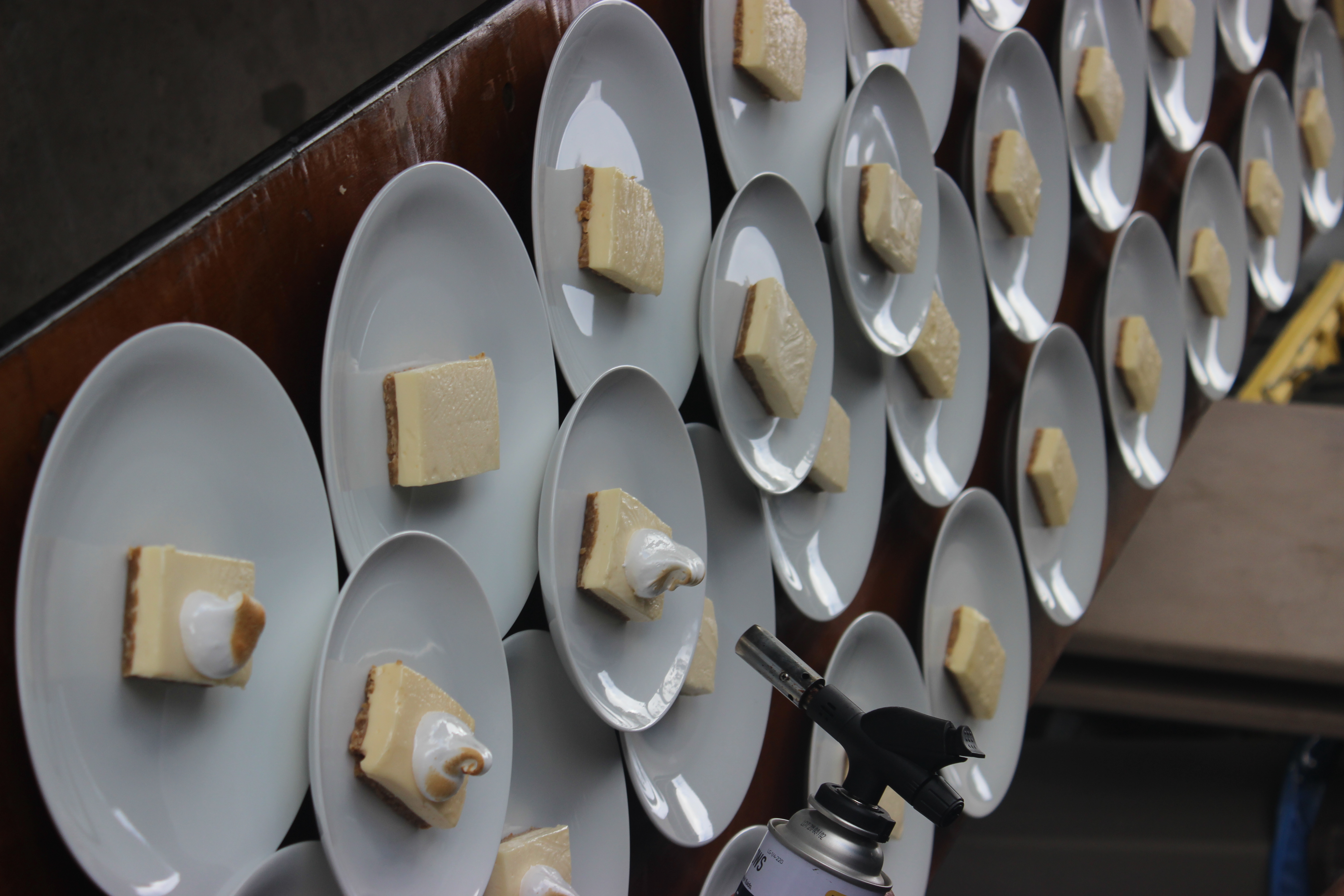 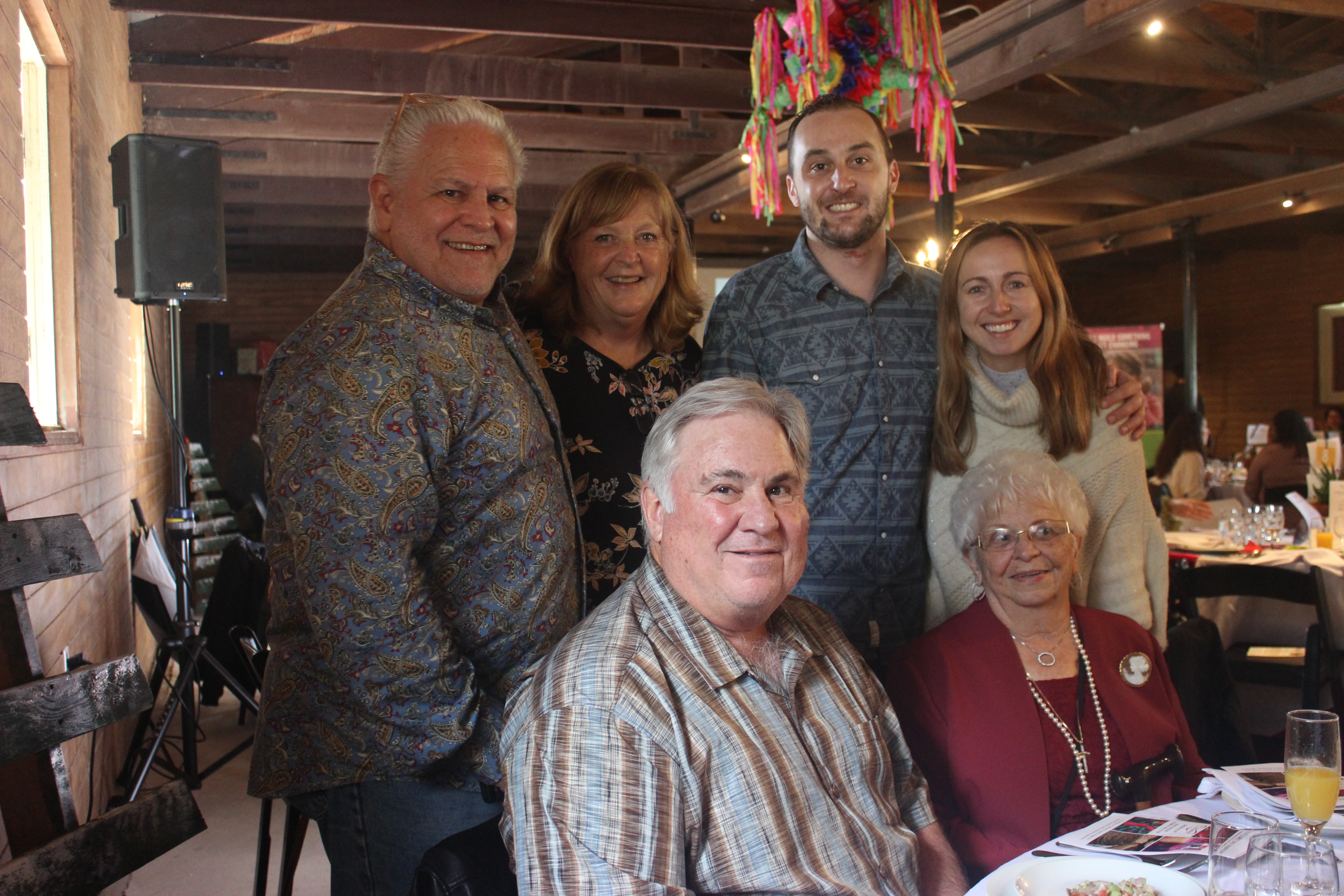 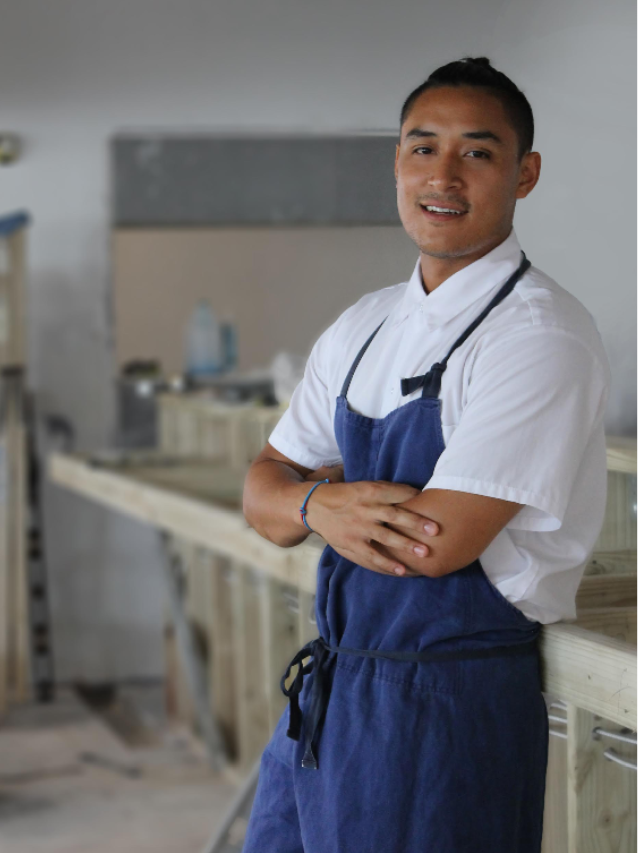 Alex Chang was born in Hong Kong to a Chinese father and Mexican mother and raised in New Jersey and California. Home alone in Santa Barbara with a father gone to Tokyo, a mother working full time, and a sister off to college Chang began carving his future career path through unfamiliar territory—the kitchen—guided by a Rachael Ray cookbook. He went to college at USC  and became notorious for a pop-up called Paladar, where he started in his apartment. He and a friend hosted dinner parties for USC students and charged a small fee for their three course efforts. Two years in, those efforts turned into 60 covers a night and Paladar supper club was born. During Chang’s last semester, Paladar became the subject of a documentary of the same name, which made it all the way to TriBeCa Film Festival, where it received rave reviews from Vanity Fair, Wall Street Journal, Vice Magazine and the Huffington Post.

After graduating from college he traveled across the globe to learn from world renowned chefs. In Tokyo he staged at Michelin star restaurant Les Créations de Narisawa, followed by three months at renowned Pujol and Quintonil in Mexico City. Chang continued developing his technique in Belgium where he was an apprentice to Kobe Desramaults,  a Michelin rated restaurant, In De Wulf. Back in the States he spent an influential two years cooking at Animal.

In 2015, Chang opened Vagabond Restaurant in Miami and quickly rose to success in the culinary arena, elevating the Miami food scene in just a few months of taking the helm as Executive Chef. In 2016, he won a Rising Star Chef award.

In 2017, he made his way back to Los Angeles to open the Exchange, aan Israeli-inspired restaurant. Chang spent time in Israel doing research for the restaurant and features LA’s multi-cultural flavors through an Israeli lens. He received a review from Los Angeles Times Food Critic, Jonathan Gold and was on the 2018  LA Times' annual list of best restaurants, "101 Restaurants We Love" - a legacy left behind by the publication’s late restaurant critic, Jonathan Gold. https://freehandhotels.com/los-angeles/the-exchange/ 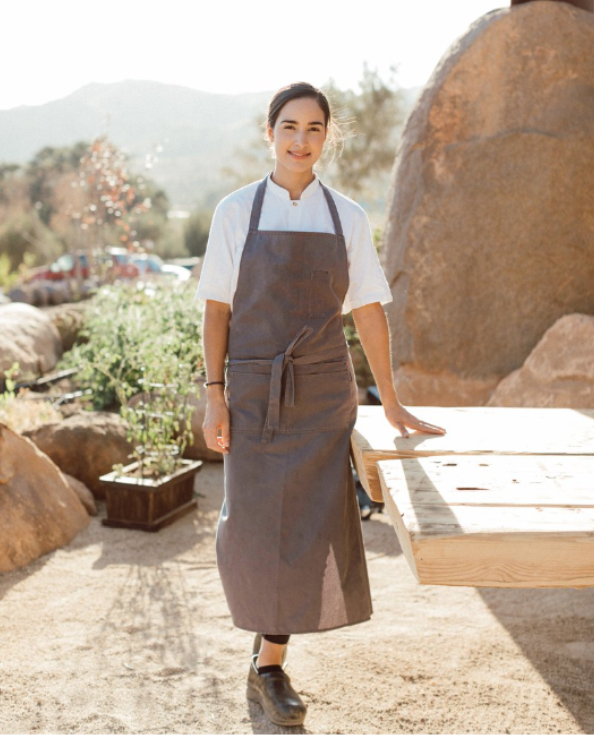 Maribel Aldaco Silva grew up in Ensenada, Baja California, where she studied at the Oenology & Gastronomy School, at the Universidad Autónoma de Baja California. Her first exposure to pastry was at age 7, when her best friend taught her how to make cakes and cookies from scratch. She then started her career as a practitioner for Chef Jair Téllez at ‘Restaurante del Parque’ and ‘Laja’. At age 19, she moved to Mexico City and worked at Merotoro and Jaso, it was at this two restaurants where she developed her cooking skills but she always felt more inclined towards confectionery.

In 2012, Maribel wanted to keep learning and went to work at Martín Berastegui,  a 3 Michelin stars restaurant in San Sebastián. She then moved to New York and worked for Dan Barber on Blue Hill at Stone Barns and for chef Daniel Humm at The Nomad Hotel, here is where she perfected her confectionery skills including, service production, pastry and viennoiserie.

In 2015, she moved to San Francisco to work at the opening of Cala restaurant alongside Gabriela Cámara and David Castro. Later on she worked at Quince (3 Michelin stars) for chefs Shawn Gawle and Michael Tusk. It was on 2017, when the opportunity to go back home for the opening of Fauna restaurant at Bruma in Valle de Guadalupe with chef David Castro, where she now works as the pastry chef, her specialty being confectioneries. https://faunarestaurante.mx 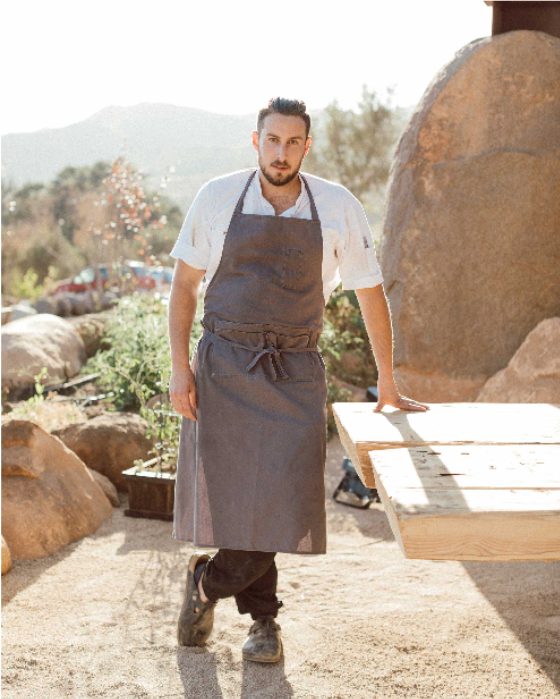 David Castro Hussong is the executive chef at Fauna, the restaurant inside Bruma, a resort in the Valle de Guadalupe. It’s a Mexican restaurant reminiscent with the flavors of Castro’s coastal childhood in Ensenada, a 45-minute drive down the hill. It’s a place that lives and breathes the wide-open air of sparsely populated hills but whose roots run deep through the Baja soil.  If his last name sounds familiar, it’s because his family owns the famous Hussong’s Cantina in Ensenada, where the margarita is said to have been invented. David spent several years working in the kitchen in some of the world’s best restaurants, including Eleven Madison Park and Blue Hill at Stone Barns, before he moved back to Mexico two years ago.

The New York Times, Food & Wine, and Sunset magazine had written about the luxuriously rustic restaurant in Baja’s Valle de Guadalupe wine country within days of its debut. A slew of influential publications and websites followed, including Forbes, the Robb Report and the Independent in London. “Consider Fauna a stunning homecoming for a chef returning to his hometown after a first-class world tour,” wrote the Robb Report, which caters to an ultra-luxe audience.

The Valle de Guadalupe, a once-sleepy wine region, has been riding a wave of accolades and hippest-hottest designations since the early part of the decade — it has fueled dizzying amounts of foreign investment, global tourism and ever-more buzz and has been called the “ Tuscany of Mexico”. 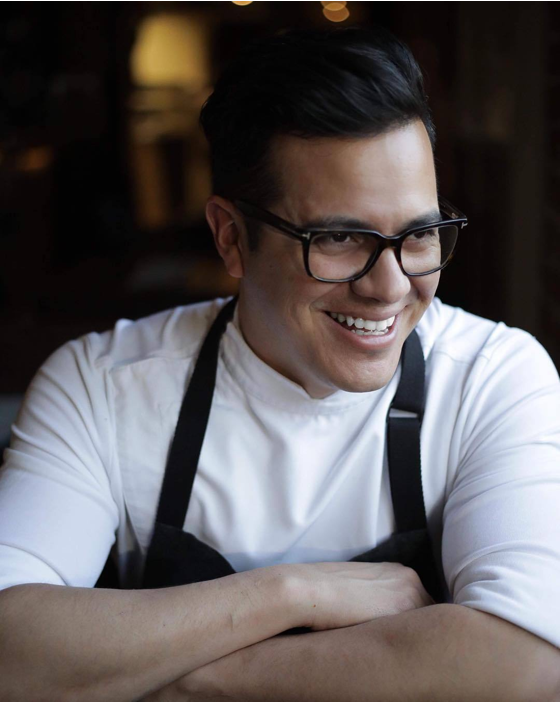 Chef Ruffo was raised in Tijuana, home to one of the most active borders of the planet. He has enjoyed cooking since he was a kid, and appreciated the time he had with his mother in the kitchen.

His father was not so excited of pursuing a career as a chef but his father saw the vision and passion he had for cooking. Ruffo started working during the day at the Gran Hotel Tijuana for free, and at night worked at Baci in San Diego. To further his craft, he enrolled up to Culinary Art School in Tijuana. He worked for Javier Plascencia at Romesco in San Diego, California. His culinary ambitions continued to grow and traveled to Europe where he staged for Jesús Sánchez at Cenador de Amos, a restaurant with two Michelin stars in Cantabria, Spain. Ruffo came back more inspired than ever and with much more experience launched a catering business.

In 2015, he opened his first restaurant, Oryx Capital, that offers a fusion between Cali-Baja.  And six months later he opened a bar Nortico, which is a family business venture.

Recently, he traveled to Modena, Italy to cook and learn from Massimo Bottura in Osteria Francescana. When he came back,  he was named Promesa Culinaria, which means the Culinary Promise, by the Todos Santos magazine. Oryx Capital was named Restaurant of the year by CANIRAC from Baja California.

or
Please check your e-mail for a link to activate your account.